Latin American Alliance for Responsible Nutrition (ALANUR), held the II Regional Forum and Scientific Congress on the use of food supplements and their regulation in Latin America on November 9 and 10 in Panama City.

The event, which was attended by regulators and academics from various Latin American countries, aimed to discuss the productive sector challenges and promote the exchange of knowledge among the academic, public and private sectors. The need to develop specific regulations for food supplements in the various countries of the region, as well as the need to harmonize regulation among Latin American countries, allowing responsible access of these products to the consumer, were the most discussed topics. 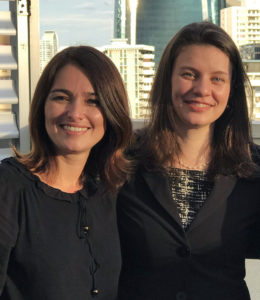 Mariana de Angelo Silva Alegre was elected President of the Latin American Alliance for Responsible Nutrition (ALANUR), headquartered in the city of São Paulo, Brazil. Since November 8th, the Regulatory Affairs Regional Manager for Latin America at DSM, has assumed the presidency of the association, succeeding Tatiana da Costa Raposo Pires, who now takes on the position of Vice President.