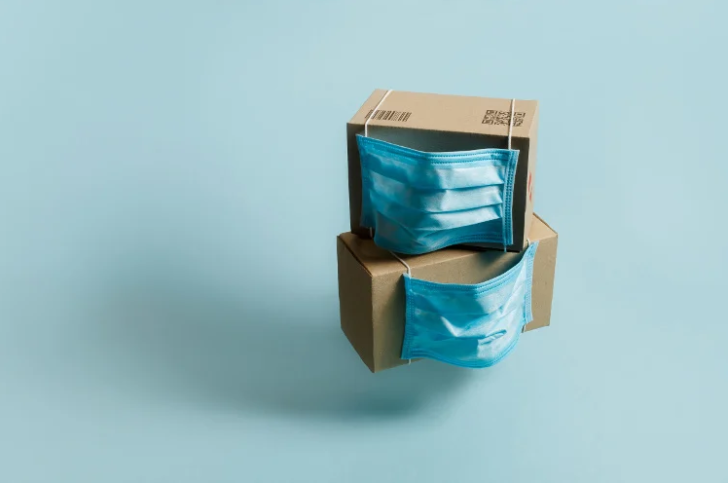 Categories Covid-19, Suplementos alimenticios Posted on Abr 3, 2020Abr 3, 2020
Many dietary supplement manufacturers are relieved to hear that, so far, the COVID-19 pandemic has not had a negative effect on supplement sales overall. It remains to be seen whether that positive picture changes for certain supplement categories moving forward as the world moves deeper toward a recession.

Looking ahead, what challenges will the supplement industry grapple with as a result of COVID-19? One primary concern is whether there will negative supply chain effects that could ultimately lower the safety and quality of dietary supplements.

First and foremost, FDA emphasizes that the novel coronavirus cannot be transmitted through dietary supplements or their packaging. FDA says on its website: “Currently, there is no evidence of food or food packaging being associated with transmission of COVID-19.”

Nutritional Outlook asked a handful of dietary supplement industry leaders, as well as some supplement manufacturers, whether they’ve heard that consumers are largely fearful that they could contract coronavirus from dietary supplements. They said no.

Rather, the internal concerns regarding supplement safety are more fixated on whether or not factors such as limited FDA oversight during this time, coupled with the possibility of increased economic adulteration due to supply shortages, could create risk of unsafe and low-quality ingredients and manufacturing within the supplement market in the future.

Social distancing requirements spurred by the pandemic have led FDA to scale back on both foreign and domestic routine facility inspections, including at food facilities—and, under that umbrella, dietary supplement facilities. These routine inspections are critical in ensuring that dietary supplements are being produced according to current Good Manufacturing Practices (cGMPs).

In lieu of physical site inspections, FDA has said it will rely on other means of regulating companies. Said Couch during the AHPA webcast: “Some of these alternative methods and tools that they referenced in regards to these foreign inspection delays is denying entry of unsafe products into the U.S.—so, obviously, border control can help to facilitate that process; doing physical examinations or sampling of products and materials at the border; reviewing the firm’s previous compliance history…Also, informing the foreign governments and working with them in advance in lieu of on-site inspections.” In place of domestic site inspections, FDA would rely on similar tools, including records review.

When announcing FDA’s suspension of routine domestic inspections, FDA Commissioner Stephen Hahn, MD, said manufacturers should continue to follow cGMPs, even if they aren’t being inspected. Said Hahn: “Inspections are just one part of a robust and multi-pronged approach to overseeing the safety and quality of FDA-regulated products; however, inspections are not what cause quality to happen. Safety and quality need to be owned by the industry, and firms have the primary responsibility to reliably produce quality products.”

FDA has further scaled back requirements for serious adverse event reporting (SAER) during the time of the pandemic. Whereas food and supplement companies are typically required to report serious adverse events to FDA within 15 business days upon being notified of the event, on March 20, the agency, citing FDA staff shortages during the pandemic, updated its rule to allow companies to instead keep track of SAERs and report them to FDA “within six months of the restoration of adverse event reporting processes to their pre-pandemic state”—another pullback of the agency’s immediate oversight.

Will FDA’s alternative oversight measures be enough to ensure that companies producing supplements continue to adhere to cGMPs and continue to produce safe and quality products? Can FDA rely on supplement brands to be on their best behavior?

Some are fearful that FDA, by making it broadly known that the agency is no longer routinely inspecting manufacturers, has opened the door to bad actors.

“The part I didn’t like was announcing that they are essentially not doing any inspection of foreign facilities—in essence, telling the industry, ‘You’re on your own for a little bit. You’re going to have to govern yourself for a little bit.’ That’s really what they told them,” says attorney Kevin Bell, partner at Arnall Golden Gregory LLP (AGG; Washington, DC).

Having worked in the industry for many years, Bell says, “You get to know a lot about who cares about what…which contract manufacturers cut corners, which ones don’t, and which ones don’t get caught violating cGMPs. I find it humorous that there’s a belief that every contract manufacturer out there in the United States is following their cGMPs and that it’s just a few that don’t.”

He continues: “And then when you start talking about not doing inspections of foreign facilities? That’s close to a license to steal, in my opinion, especially when you talk about raw ingredient manufacturers from other countries, who we already know are cutting corners and not complying with cGMPs. This now says, ‘Hey, not only that, but we’re not going to be looking over your shoulder anytime soon. So go for it.’ When you’re talking about China? Who has just gone through this horrendous experience? And they haven’t just gone through it; they’re still in it?”

It’s not unlikely to imagine that among raw ingredients suppliers around the globe who have suffered severe economic losses due to the pandemic, there will be some who turn to economic adulteration.
“I think it is fair to be concerned about that,” says Steve Mister, president and CEO of the Council for Responsible Nutrition (Washington, DC). “I think there is an opportunity at this point for there to be mischief, and we would hope that companies would resist that temptation.”

Daniel Fabricant, PhD, president and CEO of the Natural Products Association (Washington, DC), says: “I mean, I think everyone’s gotta be on their toes. FDA’s kind of abandoned their post, and it’s up to the industry now. We have a promise to keep with the American public, and so I think we will. I think our members, the legitimate manufacturers, are going to do just that. They’re going to step up to the plate. This is why we worked on things like SSCI”—the Supplement Safety Compliance Initiative, which sets benchmarked standards across the dietary supplements industry to improve manufacturing quality.

Still, many worry that not all manufacturers can be trusted. Mark LeDoux, chairman and CEO of supplier Natural Alternatives International (Carlsbad, CA), says: “One can always maintain the belief that, under duress, the true character of executives and managers will be on prominent display. That’s my worry. While the majority of companies engaged in the production of supplements are reputable, there remains a significant portion who will maximize their profits in this environment by doing as little as possible in terms of quality oversight.”

Increased economic adulteration is a credible threat due to COVID-19, especially considering that there could be less available supplies of some ingredients due to global restrictions on manufacturing and trade.

During the aforementioned AHPA webcast on March 26, speaker and attorney John Hagan, Jr., a partner at Arnold & Porter LLP (Chicago), said: “It is estimated now that 75% of U.S. companies are having some supply chain disruptions, and so coming up with contingency plans and stress testing are very important.”

During a Q&A portion of the webcast, AHPA president Michael McGuffin said he had read about potential challenges in India, for instance, including potential “disruptions in state-to-state transport. So, some states are closing their borders to trucks coming in from other states, which certain sounds like it will make it difficult to get things to ports in a central state.” He said that while AHPA is currently doing outreach among its members to get more information, “I don’t have any actual on-the-ground knowledge other than that” at this point in time.

In a March 24 interview, CRN’s Mister also mentioned concerns he’s heard about supply chains in India. “The one thing we have started to hear is concerns from some manufacturers who have supply chains in India. Because India is pretty much on a national shelter-in-place ordinance—like what some of our states have done here, but the entire country—it is making it very hard. Even if the facilities are open, transportation to get them to an airport and then fly them out of the country is apparently being slowed down.” Mister said CRN is also conducting outreach among its members to determine which ones might be experiencing supply chain issues.