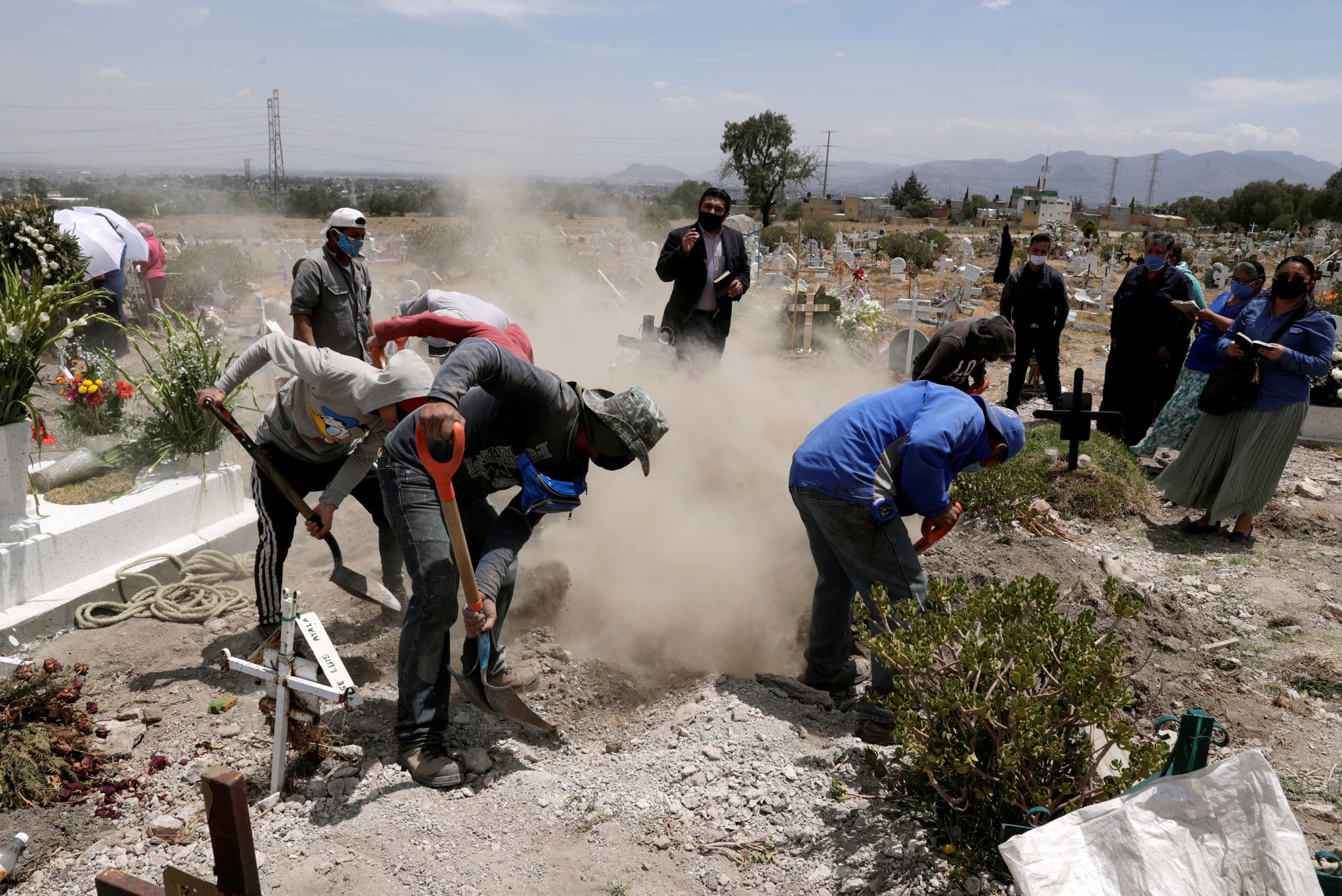 Inequality, densely packed cities, legions of informal workers and weak health care systems have undermined efforts to fight the pandemic, as some governments have fumbled the response.

A few weeks later, it changed its prediction to mid-May.

Now, with new infections surging and the government facing growing anger, even ridicule, over its constant guesswork, many Mexicans have drawn their own conclusion: No one really knows.

“Obviously, prediction is not a guarantee of precision,” Hugo Lopez Gatell, the federal health official in charge of the nation’s virus response, has acknowledged.

Mexico, like the rest of Latin America, has quickly become a focal point of the pandemic, a worrisome frontier for a virus that has claimed the lives of more than 460,000 people and infected more than nine million worldwide.

The coronavirus was always going to hit Latin America hard. Even before it arrived, experts warned that the region’s combustible blend of inequality, densely packed cities, legions of informal workers living day-to-day and health care systems starved of resources could undermine even the best attempts to curb the pandemic.

But by brushing off the dangers, fumbling the response, dismissing scientific or expert guidance, withholding data and simply denying the extent of the outbreak altogether, some governments have made matters even worse.

Months have passed since the pandemic struck Latin America, but unlike in parts of Asia, Europe and the hardest-hit cities in the United States, the virus is only gaining steam across the region. Deaths have more than doubled across Latin America in a month, according to the Pan American Health Organization, and the region now accounts for several of the world’s worst outbreaks.

In recent weeks, Brazil has often recorded the world’s highest number of new infections and daily deaths — and shows no signs of slowing down. Peru and Chile now have more cases per capita than the United States. Cases continue to climb in Mexico, which recently became one of the few countries anywhere to hit 1,000 deaths or more in a single day.