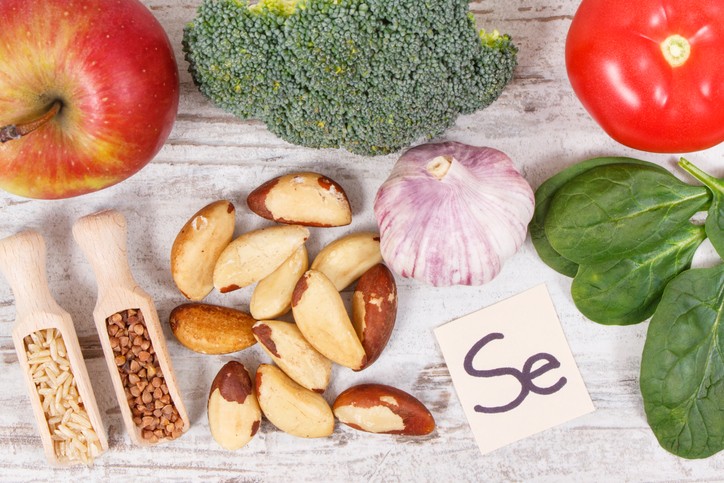 Certain micronutrients are seen as supportive for the treatment of and protection against viral diseases with some vitamins (A, B6, B12, C, D, and E) and essential trace elements (zinc, iron, selenium (Se), magnesium, or copper) discussed as particularly promising​.

However, the data base is very small and it is unknown whether certain vitamins or trace elements are deficient in patients with COVID-19, and whether the concentrations are related to disease severity or mortality risk.

The current research report, published in Nutrients​, notes that Se deficiency is an established risk factor for viral infections​ and that the cure rate from COVID-19 was recently associated with basal Se status ​in different areas of China.

The collaborative research team from Germany hypothesised that Se may be of relevance for infection with SARS-CoV-2 and disease course of COVID-19 and that severe Se deficiency is prevalent among the patients and associates with poor survival odds in COVID-19.

They performed a cross-sectional study of 33 patients with COVID-19 at the non-profit Public Hospital Klinikum Aschaffenburg-Alzenau, Germany, and their report concludes that patients suffering from COVID-19 display a deficiency in Se in blood, along with low concentrations of the Se transporter SELENOP and low enzymatic activity of the secreted GPx3.

They conclude that, whilst causality remains unknown due to the observational nature of this study they can suggest that Se status analysis provides diagnostic information for COVID patients. They also conclude that their results support the discussion on adjuvant Se supplementation in severely diseased and Se-deficient patients.

The report states: “Notably, the Se deficiency was very strong in comparison with healthy European adults, and it was reflected concordantly in relatively depressed readings of all three different Se status biomarkers determined.​

“The observation that Se deficiency was more severe in the samples obtained from non-survivors as compared with survivors of COVID-19 may suggest some relevance of the trace element for coping with the virus and for successful convalescence.​

“This hypothesis is also supported by the difference in Se status development in time, with survivors displaying a progressively recovering Se status, while the non-survivors do not.​

“The issue of avoiding severe Se deficiency in the preventive and clinical settings by using a respectively balanced diet or suitable supplements may be the most urgent and meaningful consequence from the interaction between Se deficiency and mortality risk observed in this study.”​

The report outlines five possible underlying biochemical pathways leading to the observations in this study.

Firstly, they suggest that Se status may already have been relatively low in the patients before disease, constituting a risk factor for viral infection as shown previously for other diseases​.

Secondly, upon the growing inflammation, a potentially pre-existing low Se status may decline further, as has been shown to be the case with sepsis​ and polytraumatic injury​.

Another possible pathway suggested is that a longer stay on the ICU under inflammatory and hypoxic conditions may cause an ongoing Se loss.

Alternatively, they suggest an over-shooting immune response may be directly related to Se status as oxidative stress may overrun the capacity of protective enzymes and antioxidants​.

Finally, they hypothesise that a declining Se status may constitute a surrogate marker for disease severity and the tone of pathological stressors, like hypoxia and inflammatory cytokines.

“Selenium Deficiency Is Associated with Mortality Risk from COVID-19”