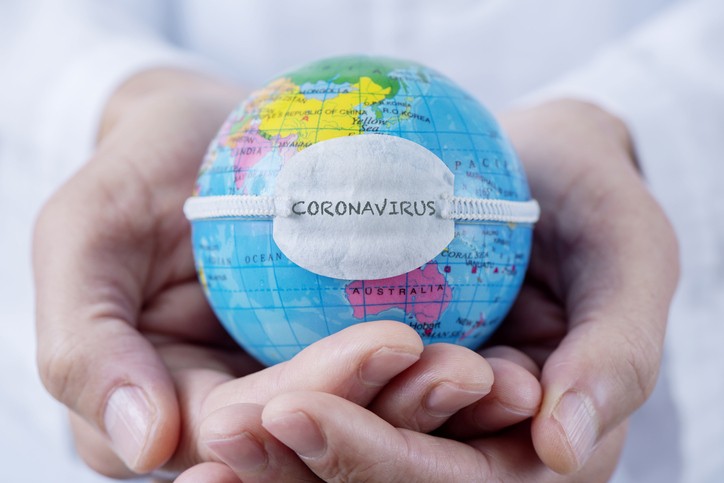 In response to the request, the Council for Responsible Nutrition and the American Herbal Products Association have surveyed member companies to identify possible bottlenecks that may afflict the industry in the coming weeks.

The federal government said today that the crest of the infections wave is still some weeks away.  President Trump said the US faces a “painful two weeks,”​ as the death toll passes 4,000 and the total number of confirmed US coronavirus cases closes in on 190,000. According to The New York Times​, some projections say the eventual death toll in the US could rise to as many as 100,000. UN Secretary General António Guterres has called the crisis the greatest global challenge since World War 2.

In recognition of the gravity of the crisis, Nick Westott, director of advance for the US Department of Agriculture, asked for input from CRN and AHPA about what challenges their members foresee in the coming weeks. CRN has done a quick tally of results​​ of its survey; AHPA is reportedly working on a response today.

One of the underlying structural issues is that the dietary supplement industry is a globalized one, and the disease crisis is affecting some of the primary sources of ingredient supply.  The issues in China are well documented.  The country more or less shut down for business starting in late January is only now starting to resume normal trading activity.  As much as 80% of dietary supplement ingredient supply (depending on the ingredient and who’s doing the measuring) comes from China.

A new developing problem is the lockdown in India that started only a few days ago. Suppliers contacted there said their operations had been deemed essential and so could remain open, but it’s unclear how the restrictions will affect the internal movement of goods and, more importantly, the mobility of workers. While there are still only a few documented cases of the disease within the country (the site ncov2019.live​​ puts the number at about 1,600 at the moment), officials are concerned that the county’s crowded urban centers make for prime conditions for the rapid spread of the virus.  Confirmed cases reportedly increased by 240% in the past 24 hours.

According the feedback from its members, CRN has identified several key issues that could constrain the supply of dietary supplement and functional food ingredients and finished products in the months ahead.  The supply chain in general does not have sufficient capacity to accommodate the huge increase in demand for any ingredient that figures into immune health.  Vitamin C, zinc, elderberry and other ingredients have seen demand increase of orders of magnitude in recent weeks.

Other issues that are rarely mentioned in the manufacture of dietary supplements have now become headaches.

“We have had a hard time getting bottles,”​ said Chris Shade, CEO of Louisville, CO-based Quicksilver Labs, which markets a variety of dietary supplements. “The so-called Boston Rounds, and the bullet bottles are in short supply, because I believe a lot of them are made in China.” ​CRN members also said lids and other packaging materials are also in very short supply.

Another overarching supply chain problem concerns the general disruptions in transport.  Shade said many premium ingredients come via air freight, and international flights schedules are in chaos.  The issue is improving slightly in flights from Europe, Shade said.  CRN members also said that even though dietary supplement operations have been classified as essential by the US Department of Homeland Security, local and state shelter in place orders have affected staffing levels which is having an impact on operations.

NutraIngredients-USA will be addressing problems in the supply of specific ingredients in series of follow on articles.  In general the CRN member survey said shipments from Europe will be delayed by at least a month, and the delays coming out of India have yet to be determined.  Shade said that Vitamin C both from China and a Scottish source is starting to make its way into the US market, but elderberry stocks are depleted and he didn’t know when more might become available.