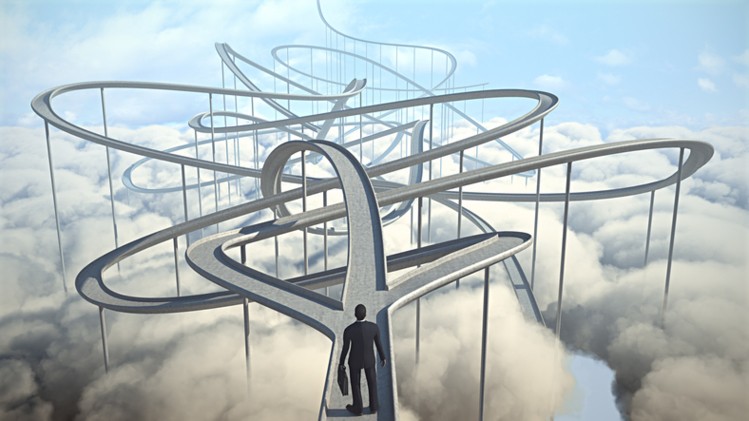 Joshua Schall, a CPG strategy consultant who once managed corporate strategy for the then booming sports nutrition brand MusclePharm, said he’s concerned with what he sees as an element of complacency within the supplement industry.  Many brands report they’re working overtime just to keep many of their SKUs in stock.  So what’s the worry?  The current sales bump will smooth over any hangover that may follow, or so the thinking goes.

Schall, who now heads his own firm called J. Schall Consulting​​, said he views that as dangerous thinking. The times the whole economy is entering into now are without historical precedent, which makes any sort of reasonable forecast difficult at best.

The retail landscape has been changing for a while now.  While Schall has said the so-called ‘Amazonification’ of the supplement market place might be overblown—up to the advent of the current pandemic brick and mortar sales across all consumer categories still accounted for almost 90% of all transactions in 2019​​ — the changes are real and have been gathering momentum.  The rate at which online sales were growing in 2019 was almost the inverse — in other words 10 new online sales dollars for every new brick and mortar dollar. Shelter in place orders have shuttered a number of brick and mortar sales outlets for supplements as well as for other categories of goods, which will serve to accelerate this transition, Schall said.

One huge supplement retailer that has been particularly hard hit has been GNC.  The company has been struggling to transform itself for a number of years now.  In its heyday in the 2010-2013 time frame GNC had a model of increasing volume  as much as possible. It had a focus on opening ever more new stores, launching more new products, trying to acquire more new customers with more promotions.  And the company has been hurt by rapid changes in the sports nutrition marketplace​​, which had been one of the company’s strengths.

But the retailing landscape started to change faster than GNC was able to adapt. The company ended up with more than 3,000 locations, about 900 of which are in shopping malls or other underperforming locations.  GNC has a goal to close those outlets, but it remains to be  seen if the company will have enough time to execute on that plan as big debt payments are looming. With its mall locations not just underperforming but closed entirely, the company is being starved of revenue just when it needs it most.

GNC is far from the only retailing giant that has been badly hurt by the current economic downturn. Yesterday clothing retailer J. Crew became the first national retail chain to file for Chapter 11 bankruptcy​​, and Schall said it likely won’t be the last.

“JC Penny, Macy’s, Sears, Nieman Marcus . . . in the current situation they don’t really have the money to service their debt. It’s the same thing that GNC is struggling with,” ​Schall said.

While none of those stores sell supplements, the fundamentals are similar, Schall said.  And while non performing inventory built up to go on shelves in stores that are now closed is a sunk cost, there is a special twist for some of the products in the supplements and functional foods industry.  Capsules and tablets have long shelf lives, but not so for protein bars, functional beverages and the like.

“You could have protein bars aging, sitting on the shelf in a GNC where you can’t get to them even if you wanted to try to sell them somewhere else. A protein bar might have a six month window when it’s going to be at its best.  When this is all over, and a customer buys an older protein bar, that might be the first time that consumer has bought that particular brand. They might not have the best experience, and that won’t be the fault of the protein bar maker,”​ Schall said.

Planning for an uncertain future

Schall said companies working overtime to fill orders for immune health products, multivitamins and other categories that are hot right now still need to find time to cover their bases for the near future.  Many in the industry are starting to wonder if the current sales climate is unsustainable, and if consumers will be forced to take their foot off the gas once the real hurt of massive job losses starts to take hold.  If that were to happen as swiftly as the sales upswing did, brands would be left trying to chase a diminishing pool of dollars.

To do that effectively companies will need a rational and functioning online sales platform.  While building a web portal might go more quickly that building out a new store location, it’s still not something that can be done overnight, Schall said.

“There is an easy answer, but it is not easy to make it happen.  You have to have some flexibility and diversification. If you have only or mostly been selling in brick and mortar the answer is you should sell more online,”​ Schall said.

“But you have to fundamentally understand how to drive traffic and how to convert customers.  That will be difficult for companies that did not invest into the online sales channel much in the past,” ​he said.

“But the old saying is that the best time to plant a tree was 20 years ago. The next best time is today,”​ Schall added.

As far as new product development is concerned, Schall advises companies to keep that pipeline stocked.  New products are the future of any brand.  But to prosper in the coming economic downturn, however deep and prolonged it may be, companies may have to be more choosy about what gets launched.

“I’d advise companies to look very hard at the particular product.  If it’s just a ‘nice to have’ sort of product, one that might be an addition to or fill out a particular shopping basket, maybe this year won’t be the right time to launch that kind of product,” ​he said.