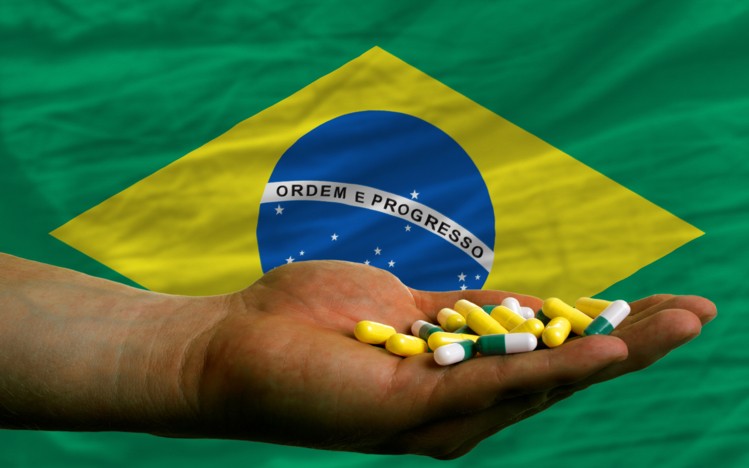 Almost 50% of Brazilians consumer food supplements with pharmacies dominating as the leadingpurchase channel, according to survey data.

Sponsored by the Brazilian Association for the Special Purpose Food Industry (ABIAD), the data indicated that 54% of the1.007 Brazilians surveyed, reported they had used supplements in the past six months.

The data was collected in March and April of 2015.

Gislene Cardoso, ABIAD’s Executive Director, told NutraIngredients-LATAM that the association’s survey on “Dietary Supplementary Eating Habits in Brazil” put the sector as one of the fastest growing in the country in recent years, mainly due to the increased interest of the population in quality of life, correct nutrition, complementary daily diet, weight loss and well-being.

“The supplement market is growing worldwide,” she added. “In Brazil, it is around BRL 5.2 billion (Reais), contributing to the generation of jobs, opportunities, growth of the country and collection of taxes. Still, according to research, supplement consumers are aware about the pursuit of healthy and balanced diet and how dietary supplements can contribute to maintaining health.

“Even though it is one of the largest markets in Latin America, Brazil was harmed by its neighbors due to the lack of food supplement regulations, safety controls, risk management, and legal uncertainty for this productive sector,” said Cardoso.

“The approval of the regulatory framework for food supplements in Brazil in July 2018 reected ABIAD’s articulation work, as well as all the professionals involved in the technical discussions, with The Brazilian Health Regulatory Agency (Anvisa). This important step in the industry enables innovations for the productive sector, and facilitates access to the most modern, safe and eective food supplements for consumers.”

The survey was conducted across seven cities in Brazil in 2015. One of the questions asked was about what they understand about nutritional supplements, with 61% responding that they complement the intake of vitamins (61%), they complement the diet (36%), they help maintain health (21%), they may increase energy (20%), and they may help increase muscle mass (7%).

The majority of dietary supplement products purchased in Brazil are via pharmacies (73%), with gyms and Specialist retailers distant second and third with 13% and 11%, respectively.

Recommendations for dietary supplement use came mostly from healthcare professionals (44% – broken down as Doctors: 29%, Nutritionists: 7%, Pharmacists 8%), followed by family and friends (26%), and coaches and trainers (15%).

Healthcare professionals were also the top source for information on how to use food supplements, with 69% of respondents ticking this box. Family and friends were second with 34%, followed by the media with 22%.

ABIAD is currently in a planning stage to release the second version of surveys, which will be run in collaboration with ALANUR (Latin American Alliance for Responsible Nutrition).

ABIAD’s Cardoso told us that, after more than a year since the approval of a new regulatory framework for food supplements in Brazil, “it has been a hard work for companies in the sector regarding the possibility of innovation and consequently the portfolio increase, once the standard has modernized, approaching international laws, thus facilitating new products in the Brazilian market.

“We remain convinced that new regulations undeniably contribute to the access of safe and high-quality food supplements, support the reduction of asymmetry on information that nowadays exists in the Brazilian market. And nally, it provides a clear information for the consumer about functional and health claims including fully recognized of vitamins and minerals and ingredients in general.”